My sixteenth birthday party was supposed to be epic. It had been hard to leave my urban, public, mostly Black magnet middle school to attend a more culturally diverse, middle class high school on the outskirts of the city. My party was the first time my tight-knit friend group from middle school and my new high school friends would hang out together.

Food was prepped, games were ready, and I’d picked up a few movies from Hollywood Video (Video stores were the ultimate symbol of my adolescence). The night was going well and I was having a great time with all of my friends under one roof. It wasn’t until we decided to watch a movie that things got weird.

My junior high school friends knew and loved “Coming to America” as much as I did. My new high school friends, many of whom had very few people of color in the circles had never seen it before, and they weren’t laughing. I found myself cringing at every race joke while one set of friends erupted into laughter and the others looked distraught. I kept thinking, “I don’t remember this scene…. I don’t remember them saying that….What have I done?” Though the school districts were only ten minutes away from one another, they felt like they were worlds apart. I was so overwhelmed by the discomfort that I promised myself never to invite myself into another social situation where I had to absorb that tension again.

Don’t get me wrong. I’ve lived through plenty of tensions. I studied religion at a state university with faculty and classmates who regularly expressed disdain for my faith tradition. I played violin for 11 years in orchestras where I was generally one of a handful of Black students. I write, work, and facilitate conversations around issues of race, culture, and theology. I’ve done all of my college education at predominately White institutions and I work in spaces where I have to negotiate my identity everyday. Tensions aren’t unfamiliar to me.

And I didn’t know it sitting in the middle of my sixteenth birthday party, but I neither created the tensions nor am I responsible for absorbing the discomfort of White folks who live in them. A dear mentor once said, “The race cards were set a long time ago and Black folks didn’t deal them.” We live in a world (Yes world) where POC are expected to absorb discomfort on White folks behalf. It’s a function of White supremacy. The unspoken rule is to not talk about race in ways that make them uncomfortable. “Coming to America” didn’t play by those rules and I’m so grateful to live in a time where more people are defying them too. My struggle is with accepting my own discomfort and not accepting responsibility for other people’s.

Through EMIT I’m willfully writing my way back into ambiguity. The convergence of friends from different times and spaces is me making a new promise to myself. I will not run away from my own discomfort. I will not accept responsibility for other people’s discomfort and I will embrace the ambiguity that may come with discomfort. If you’ve known me from some other part of my life, I’ve changed a lot over time though some things have remained the same. If we’re acquainted in some part of my life today, you may learn something new about me, and if we’ve never met before, thanks for coming by.

It’s not my birthday, but it is the birth of my blog. I’m inviting people into a space together where I anticipate having fun and being uncomfortable. I hope you will be too. Welcome to the party and happy born day EMIT. 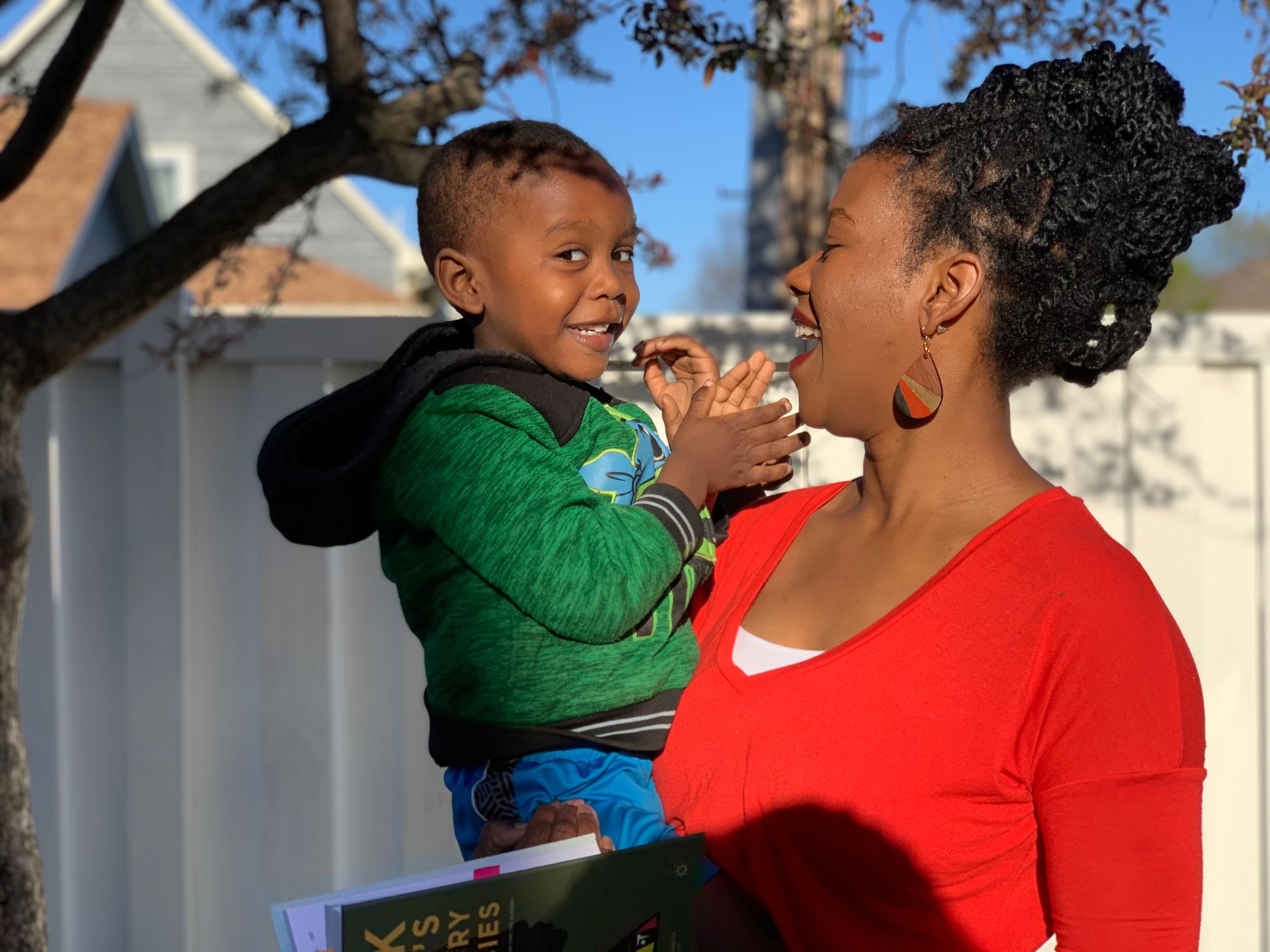 We teach our children that we have power to defeat monsters, Voldermort, or Penny Wise when we look them in the face. It's my attempt at saying, "I see you". So, here I am taking back a bit of power and recognizing the Ivory Tower for what it is and what it tries to make of me.