Over the course of the last week, myself and several Black women in my circle have been overwhelmed with messages by White women calling, texting, and emailing with apologies, thoughts, air hugs, prayers, and offers to do favors. We have found ourselves asking the question, “What do I do?” The gut response born out of layers and layers of socialization- including race, gender, and theology - is to respond (quickly and politely), say 'thank you', and appease them. While some see these gestures as thoughtful expressions of care, others are more hesitant to accept them at face value.

“I haven’t talked to this woman in years”

“Why is she sending me money through Venmo?”

“She was the quintessential Karen when we worked together!”

“This woman’s reaching out on social media, but has been completely silent about these issues before now”

If you’re a Black woman who’s experienced this, you are justified in your hesitation. This kind of behavior is steeped in a historic paradigm that makes demands of Black women.

The mammy is one of four historic tropes of Black women. All four are grounded in motherhood, sexuality, or both. The mammy is a Black woman who is expected to nurture White people. Mammies were staples in plantation houses of the Antebellum South. They cooked, washed, and were oftentimes forced to breastfeed White children at the expense of their own Black children. Today, she may be referred to as ‘Sisterella’, whose faithfulness is expected to be rendered to whiteness. Mammies are “encouraged to transmit to their own children the deference behavior that many are forced to exhibit in their mammified jobs” (Collins, 2000, p. 80).

The value of Black women and mothers in the U.S. has always been assessed by the economic return of our obstricinal and manual labor for everyone except us. We have been expected to function as a release valve amidst mounting pressure for centuries. It’s no secret that Black women’s bodies served as a site of relief for White men who couldn’t (or wouldn’t) control their sexuality, so much so that at least one university was a known resources available for those who chose to educate their bi-racial children.  Our bodies were the source of emotional release for White women angry about their husband’s infidelity, and Black men frustrated about the conditions they and their families were forced to live in. This paradigm continued post-emancipation. Remember how Ms. Sophia tended to Ms. Millie in the Color Purple? When Ms. Millie couldn’t figure out how to drive, Ms. Sophia had to drive her back and consequently missed Christmas with her own family. Alice Walker captures tropes forced upon Black women throughout the entire film, but in that scene especially. The lockstep in which we find ourselves- stuck between matriarchs and mammies is so clearly captured.  It’s the same sentiment that precipitated Zora Neale Hurston’s famous quote, “If you are silent about your pain, they’ll kill you and say you enjoyed it.” So even if you aren’t physically dying, which many of us are, our humanity is diminished every time we operate as someone else’s human dumping ground.

What is happening in these exchanges is an unspoken expectation for Black women to absolve (Whites of their racial guilt) and absorb (their discomfort precipitated by that racial guilt). Many of us are familiar with absolution and absorption as functions of motherhood. Moms tell us that it’s okay and pull us close to offer comfort that often absorbs our fears. The expectation for Black women to operate in that capacity with White women to relieve them of their guilt and discomfort is a request to accept the mammy mantle. Even when we can’t name it. In her book, Too Heavy a Yoke: Black Women and the Burden of Strength, Chanequa Walker Barnes writes:

threatening, even if sometimes sassy. She was utterly devoted to her          owners/empower and eager to care for their needs even to the neglect of her own  family if necessary…. The Mammy was often religious, asexual, and devoid of any  personal desire that might tempt her to sin. Beyond her domestic duties she was a  confidante and moral guide, keeping her young charges in line (2014, p. 85).

The role of religiosity in these exchanges is one that functions to use kindness as coded language for grace. To absolve and absorb is to fulfill presumed religious duty and to refuse to do so is to be sinful. While I and many of the women I’ve encountered ascribe to confession and repentance as spiritual practices, the attempt to use others to relieve yourself of your own racially charged emotional baggage with no intentions of changing is not confession. Dietrich Bonhoffer, the beloved German martyr described this practice as cheap grace. It demands forgiveness without repentance. The process of repentance is not a frantic text or email with a wholesale “sorry”. Instead it begins inwardly with reflection (though outward circumstances may institage the process) and is marked by humility as well as an ability to identify the problem, how it impacts others, and a commitment to change. I don’t speak for all Black women, but I for one have responded very differently to messages that capture these sentiments. It shifts the dynamic away from absolution and absorption on the part of Black women to resolution and responsibility on the part of White women.

My personal criteria for these inquiries has boiled down to one question- What was our relationship status pre-pandemic & protest? If I did not invite you into my home pre-pandemic, I’m not going to start right now and if my children don’t already know you, you may not have access to them in crisis. In moments of vulnerability, we draw close to people who are sources of safety. I have always appreciated the analogy of the body in my faith tradition. A healthy body takes care of itself- communicates, sends adequate resources to each member, and redirects resources if and when members are in need.  Apologies, thoughts, air hugs, and prayers are not a redirection of resources to members in need. Instead, it actually adds additional strain through demands on the member's attention, response, and coddling. It praises itself for being so thoughtful. Mammification can be economic, spiritual, intellectual, or emotional. No matter the form it takes, it is a one-way transaction that takes, but never gives back. I admire the women in my circle who are comfortable enough to say that “No” is a complete sentence, but I’m not there yet. If you are like me, keep these factors in mind:

The moment we’re living in is not about easing the discomfort of White women. It’s about change, liberation, and justice.

May this season change the unfair expectations people have of Black women. May we be liberated from the need to ease other people’s conscience at our own expense. May we be agents of justice who also reap the benefits of a more just society.

Sis, you are no one's dumping ground. 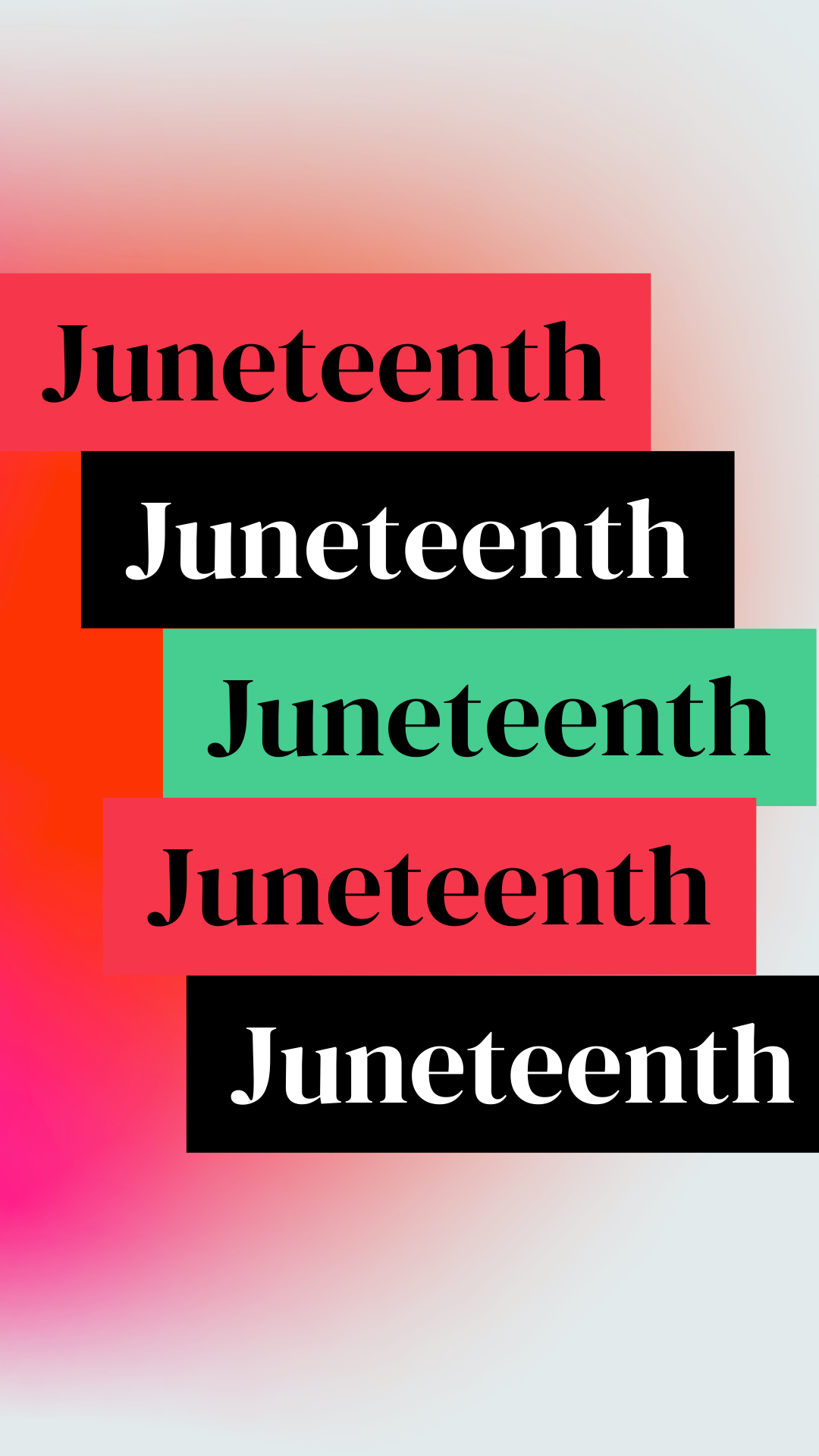 If Juneteenth is about celebrating everybody getting free, then we have to ask, “Who among us has the least proximity to the center?” because they are the ones who are most likely to be excluded. 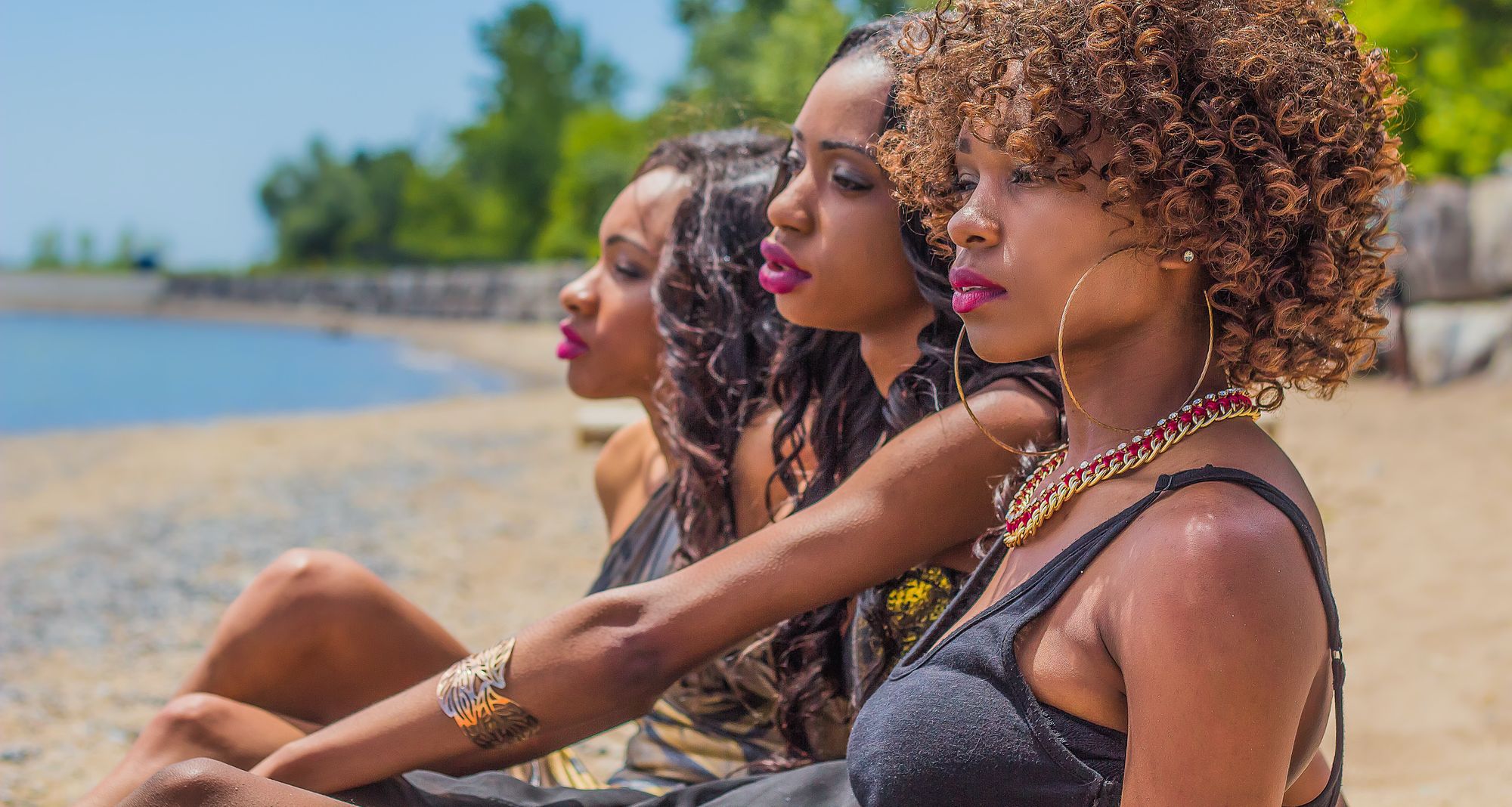 Government’s willingness to reopen the economy at the expense of Black lives was less subtle and consecutive weeks of live footage of Black death has left the month of May feeling like a tidal wave threatening to crush some of us.